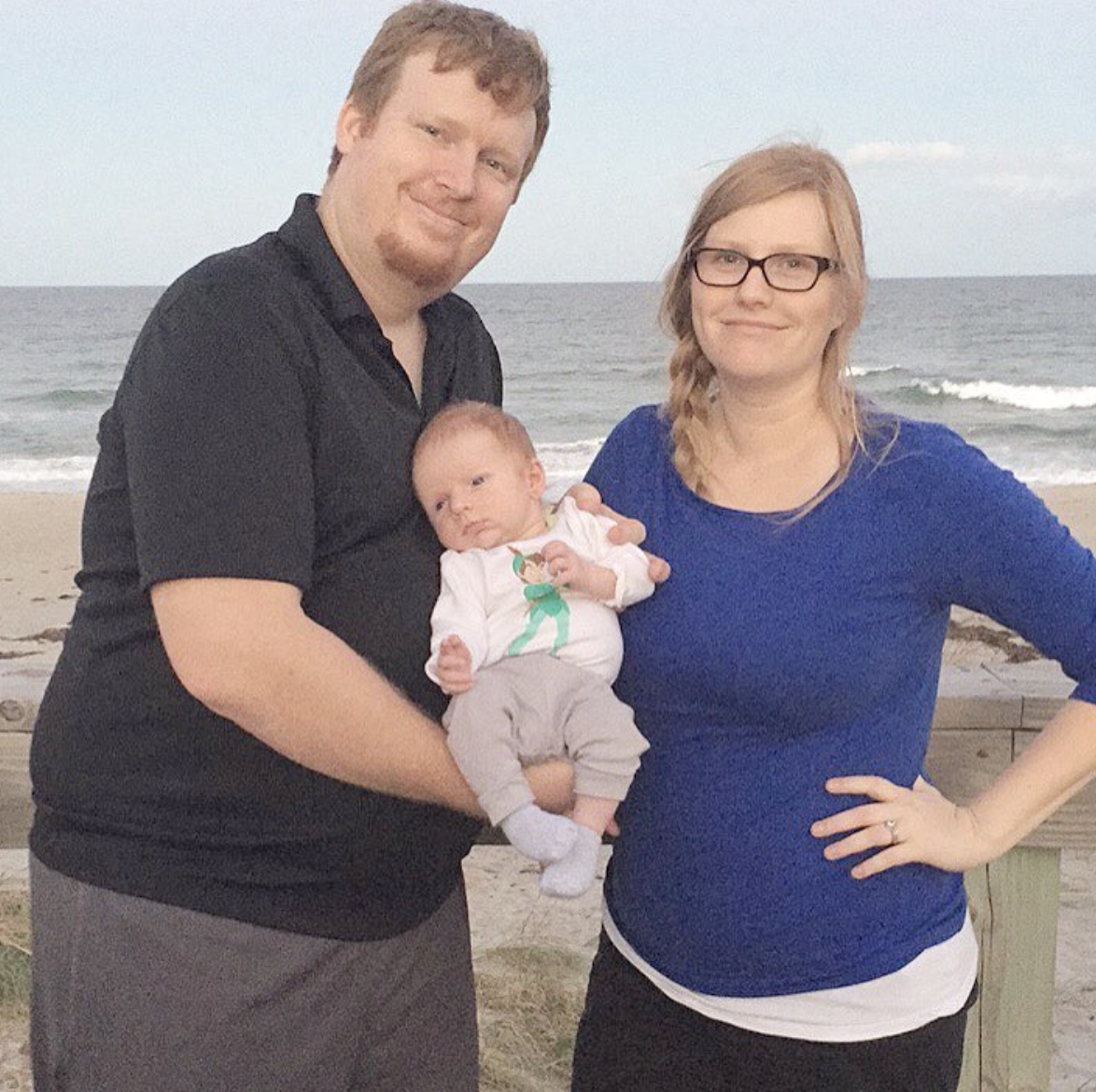 “After TTC for one month we became pregnant! We were elated. No long term TTC/tracking/POAS all the time etc… At 8 weeks I had a miscarriage and it was one of the most traumatic things to ever happen to me. I was unprepared (is anyone ever?) and had no one who I could relate to and talk to. I didn’t know anyone who had experienced miscarriage before. After a few months we decided to start trying again. I was encouraged by so many that we would get pregnant again right away! I was hopeful and excited. Fast forward 3 years and several fertility doctors later we found out I had PCOS. I sort of knew it all along but it was nice to finally have a formal diagnosis. My biggest fear at this point was not that I would never conceive but that I would just have another miscarriage when I did. I placed my trust in the Lord and decided to delve into several devotionals geared towards infertility. I knew that God would not have placed the desire in my heart to be a mom if it was never going to happen. When we hit the 3 year mark of TTC I had just found a newish supplement my primary care doctor suggested to help with my PCOS symptoms and help us possibly conceive. My hope was renewed and we decided to give it 6 months and if after 6 months of taking the supplement we still were not pregnant we would focus fully on fostering and adopting. The 6th and final month of me taking the supplement and is trying I conceived my sweet rainbow baby!
The 3.5 years we spent TTC the desire to grow our family through foster care and adoption grew and grew. We still plan to foster and hopefully adopt!”